If you’ve been to Amsterdam, you’ll have realised that the city totally digs the humble bicycle and all that it represents but, head north to the Dutch city of Groningen, where they positively worship the contraption. Lo and behold, the city has been described as one of “the world’s most bike-friendly cities”.   It’s due to an urban redesign that happened in 70’s, when the city council banned all cars from entering the city centre. Locals trundle around on their two-wheeled companions in a maze of cycle paths. Amazingly, there are provisions for almost 10,000 bike parking spots at the central railway station alone, that’s a serious number of commuters in one place!  If you are visiting the city for a short time only, then there is no need to bring your own two-wheeled steed, you can hire one and join in with the locals.  The city is small so it’s a great way to experience the medieval architectural heritage.  Also, a visit to Groninger Museum injects a burst of modernity to this ancient city. 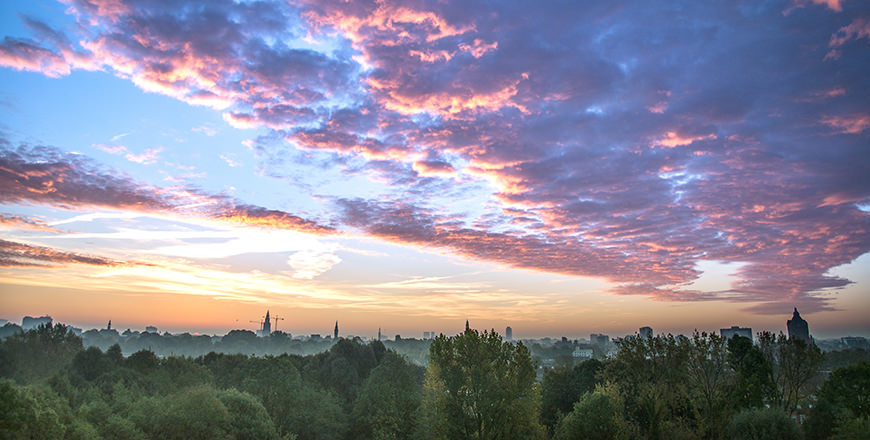 Amsterdam | For the Love of Cycling

Amsterdam is the hub of the cycling world in Holland, there are something like 400,000 cyclists whizzing around on a staggering 250 miles of cycle tracks. You almost take your life into your own hands walking around the city so why not just join in with the locals get on your saddle, it’s a much safer way to travel on the city streets! Touring the many sights and attractions that Amsterdam has to offer from the comfort of your own push bike certainly gives an added charm to your weekend break, well in my mind anyway. You can easily navigate the city street and visit Droog Design, Westerpark, Albert Cuyp Market and so much more!  Bike hire will cost roughly €8 upwards a day and bikes are a available from hundreds of stores, hotels and hostels dotted all around the city.  there’s usually one within walking distance of your accomodation, no matter where you end up staying in the city. 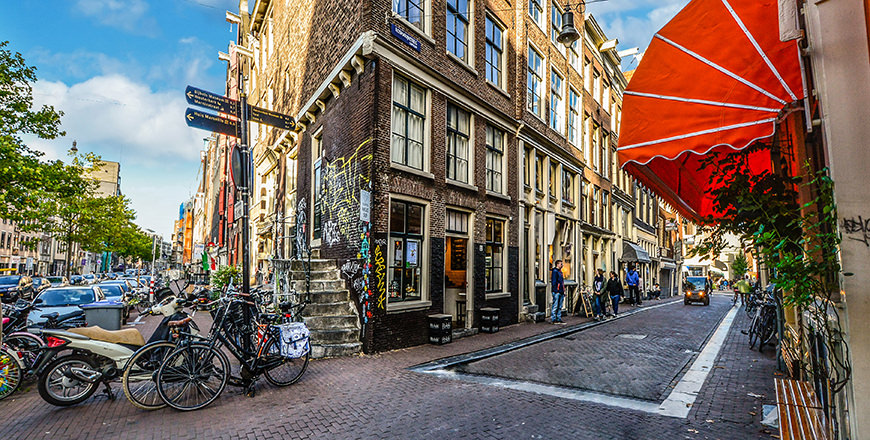 If you have a passion for the greatest cycling race in the world, the Tour de France, then Utrecht is where you need to aim for.  In 2015, it held the opening stage of the Tour, a short time trial that, for enthusiastic cyclists, can be raced without too much difficulty. It’s basically a nine-mile dash which begins on Truus van Lierlaan in the Transwijk-Noord area of the city and finishes on Croeselaan avenue, a great experience for any budding tour fan.  Once you have completed you dash and added your finishing selfie to Facebook and Instagram, you can explore Holland’s fourth largest city, only a stones throw from the capital, Amsterdam (25 miles away, as the bike glides).  You’ll find a fantastic array of hip bars and swanky eateries along the Oudegracht canal.  A visit to the Centraal Museum is a must, it showcases amazing artworks by the 17th century Dutch master, Joachim Wtewael. 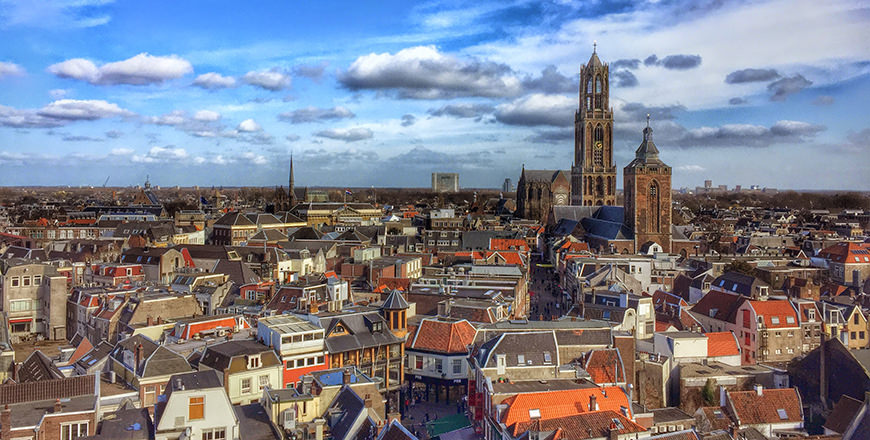 Leave the hustle and bustle of the big urban expanses of Southern Holland behind and head north for a proper family get away. This is the flatest part of Holland, without a gradient in sight, so it’s the perfect and truly safe destination for your little ones to practice their cycling skills without worry.   Load up the bikes and tour on the comprehensive network of cycle lanes that navigate their way through the tranquil Dutch countryside.  A full tour of the are takes roughly eight days to pedal around and there is an abundance of Hotels, guesthouses and hostels to choose from while enroute.  The cycle takes up along the famous peninsula that sticks out above Amsterdam and if you have time you can visit some of the islands that string along the coast.  Stop off in coastal hotspots of Hoorn, Haarlemmermeer Museum‎, Den Helder and pay a visit Texel island, famous for its windswept sand dunes. 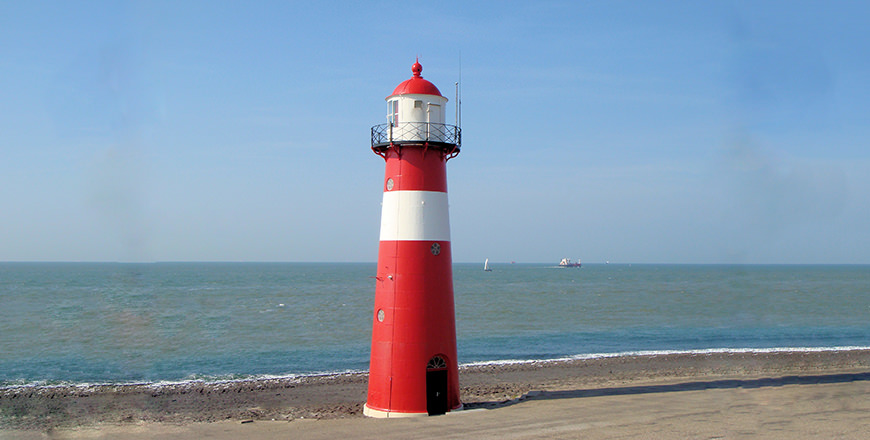 Elfstedentocht | Legend of the North

Dutch traditionionalists go weak at the knees at the mention of the Elfstedentocht, a winter skating endurance contest measuring approximately 120-miles which takes in a total of 11 towns, connected by frozen canals (when winter temperatures are low enough) in the northerly province of Friesland.  The last race recorded in winter was in 1997.  With winter’s being not what they used to be, a tad warmer than they were 50 years ago, people are taking to their bikes in summertime to complete the route, although, completing the route on saddleback in summer sunshine is considerably easier than on skates in the depths of winter.  Nevertheless, it’s not for the faint hearted when the wind starts blowing in good and hard from the North Sea, even in the middle of summertime.    Traditionally, the route starts and finishes in Leeuwarden, the capital of Friesland province. The other ten towns the route passes through are Sneek, IJlst, Sloten, Stavoren, Hindeloopen, Workum, Bolsward, Harlingen, Franeker and Dokkum before returning to Leeuwarden. The route finishes under the shadow of Bullemolen windmill. 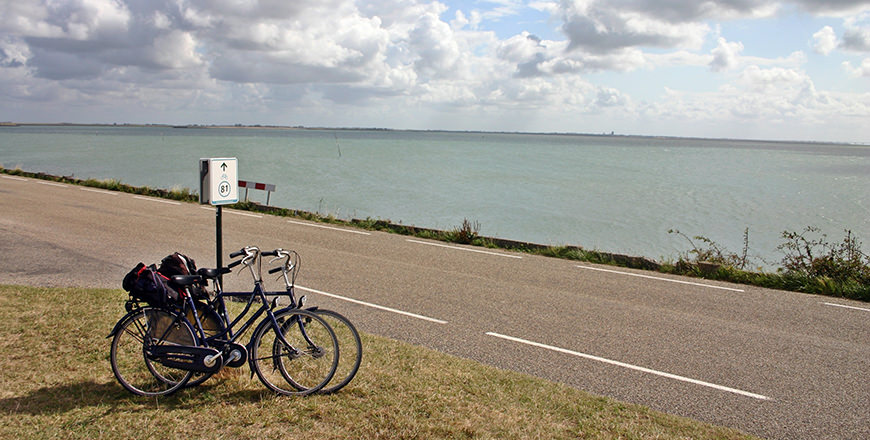 There is one Dutch adventure that every cycling fanatic should mark off their bucket list before the shuffle off their mortal coils and that’s the Dutch “Grand Tour of Holland”.   You will need to alocate at least eight days to complete as the ride circumnavigates the mighty IJsselmeer Lake which is located in the north west of the country. Total distance to cover is roughly 250 miles which starts and ends in the country’s capital, Amsterdam.  The route arcs through North Holland, along the 21-mile Afsluitdijk causeway and then proceeds across the IJsselmeer, before heading off in a southerly direction through Friesland town of Lemmer and then on into the beautiful, tranquil marshelands of the Weerribben-Wieden National Park.  There are some great places to eat, drink and stay along the way and if you have extra time, you can spend a few nights either side of the adventure, chilling out and experiencing all the Amsterdam has to offer. 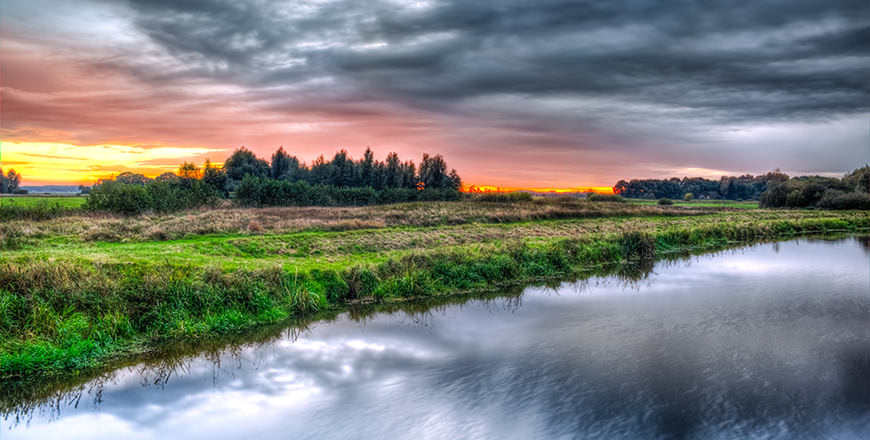 Stena Line offers twice-daily, seven hour return crossings between Harwich and the Hook of Holland. Fares start from £59 one way for an adult and car. www.stenaline.co.uk/ferry-to-holland. Additional adults cost start from £14.50 and children (between four and 15 years old) from £7.25 one way. Foot passenger prices start from £36.50 per adult and £18.25 for children. Infants (under four years old) travel free of charge. Cabins start from £15 per person each way. Alternatively Stena Line’s Dutchflyer rail-and-sail service allows customers to take any Greater Anglia service to Harwich, and then on to any Dutch city of their choice, including Lisse. (www.dutchflyer.co.uk)