This summer avoid the obvious, tourist-filled beaches and enjoy some alternative beaches with Stena Line.  There are a number of beautiful, lesser known beaches both in Germany and Holland all easily accessible from the Hook of Holland port. Below are five fantastic beaches where you can spend time cooling off in the sea! 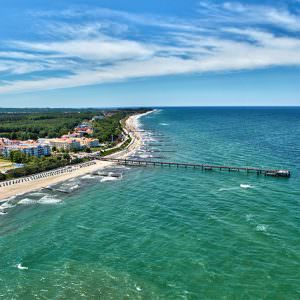 Holidaymakers looking for a romantic weekend getaway can enjoy the charming sandy beaches at Kühlungsborn on the Baltic coast.  Whilst here visitors must take a trip on the Ferris wheel on the promenade to see the surrounding landscape from the air and wander round the whimsical marina to get a sense of the town’s historic ties to the Baltic Sea. More than just a beach, there is a popular steam train, known as ‘Molli’, which runs between Bad Doberan and Kühlungsborn nearly a dozen times a day which is worth taking to explore the region. Visitors spending a day on the beach, should grab a traditional ‘Strandkorb’, or covered wicker beach chair, a staple sight on the beaches of the Baltic, and invented 125 years ago in Rostock to provide beach goers with a bit of shelter from the elements. Kühlungsborn has been traditionally associated with spa treatments so visitors should allocate some pampering time during their stay. Top spas in the area include the Hotel Edison and Upstalsboom Hotel and Spa. 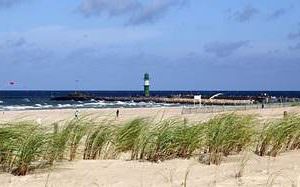 Travemünde Beach near Lübeck is one of Germany’s most picturesque locations for a bit of rest and relaxation. Often called “White Beach” due to its white sandy beach, Warnemünde beach is truly a hidden gem. Here holidaymakers can enjoy Caribbean-like temperatures of up to 35 degrees Celsius and deliciously warm waters. There is plenty to do such as scuba diving, windsurfing and other water sports. For those who want to soak up the sun, explore the culture or savour the local cuisine, travellers can visit The Teepott as well as other local landmarks such as the lighthouse, before eating lots of scrumptious seafood whilst watching live musicians serenade diners and onlookers. Food lovers have got to try the traditional German food and wine served at Weinwirtschaft and feast on gourmet cuisine the Buddenbrooks Restaurant, A-ROSA Hotel.

Texel Beach and Lighthouse, the Netherlands 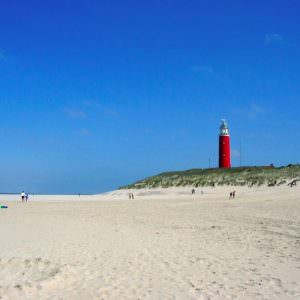 The Wadden Islands dotted along the Dutch coast are relatively unknown by British holidaymakers. Here, travellers will feel world’s away from popular destinations such as Amsterdam and Rotterdam, the long, as they walk the sandy shores hugely popular with Dutch tourists. Whilst uncovering some of the regions hidden gems don’t forget to head to the Texel lighthouse. 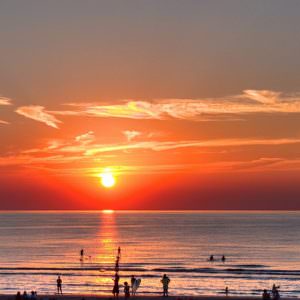 Zandvoort beach stretches over 9 kilometres in length and is much loved by natives and holidaymakers alike. Beach lovers can sunbathe ‘til their heart’s content or grab a refreshing drink and snack from the cafes dotted along the beach. Holidaymakers can enjoy sailing, kitesurfing, windsurfing and volleyball. What’s more there is even a section dedicated to naturists. It’s definitely worth staying and watching the sunset, as they rival some of the world’s best. 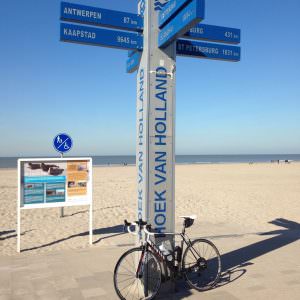 Many holidaymakers drive for a few miles before beginning their beach holiday, often overlooking Hoek van Holland.  However, the Hook of Holland is a fantastic, family-friendly beach and can be easily explored on foot or on two wheels. This beach is popular with local windsurfers, kayakers, kite surfers and surfers, and it’s easy to see why. After a fun day on the sandy beach holidaymakers can immerse themselves in some local culture by visiting Fort 1881 Hoek van Holland, taking the children to the petting zoo or find some hidden gems along the cycling routes.

Stena Line offers twice-daily, seven hour return crossings between Harwich and the Hook of Holland. Fares start from £49 one way for an adult and car.www.stenaline.co.uk/ferry-to-holland.