While everyone is hitting the gym post-festivities, we’d like to explore some must-try Dutch gastronomy!
When you think of amazing food and mainland Europe, people tend to think Italian, French or Spanish but the Dutch have a few amazing dishes up their sleeves that you may not have ever thought of. This coming spring or summer or even a last-minute winter trip in February try our top 10 Dutch food recommendations!

1. Poffertjes – A popular street food, perfect to try on the go on your next visit to the Netherlands. Poffertjes are mini pancakes that are made using a yeast-based batter that are then cooked in a tin tray with little cavities almost like mini cookie sized cavities, top them off with some maple syrup or some icing sugar and you will be in pancake heaven. They are very popular during the festive period, summer festivals and other national Dutch holidays. 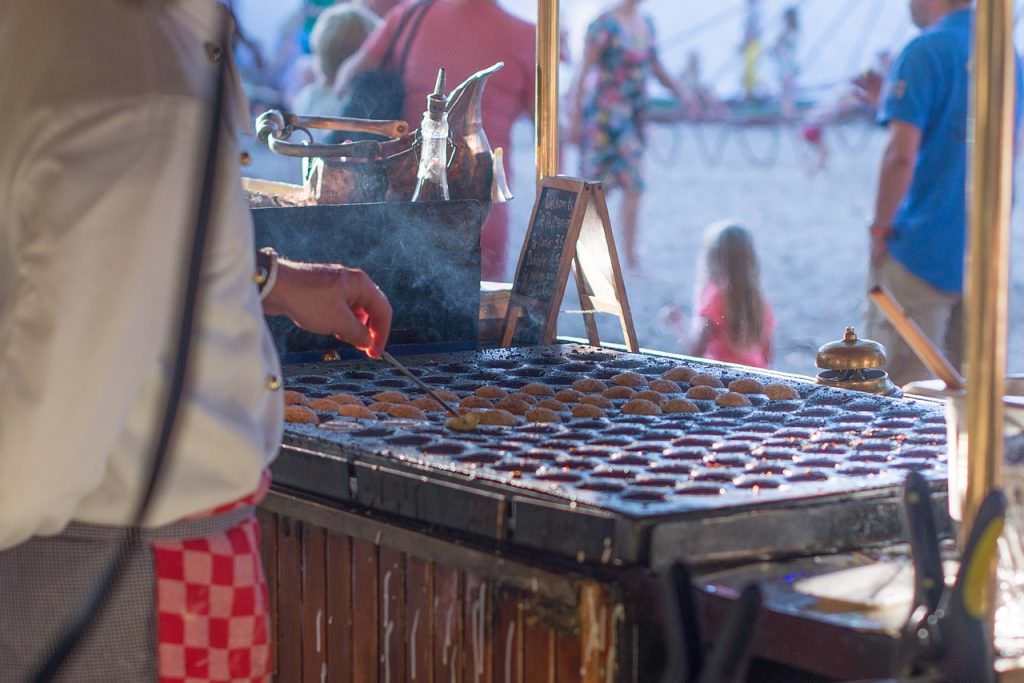 2. Bitterballen – Are a deep fried crispy meatball with a creamy meat-ragout filling typically served with mustard and a cold beer, making it the perfect snack for a light lunch or while relaxing at a pub. You can also enjoy it as a tapas style food at most Bruine (brown) cafés, order it as part of a bittergarnituur, a platter laden complete with a side helping of Gouda cheese. You can eat this delightful snack while taking a tour along the canals, street food in all major towns and cities or along the beaches of Holland. 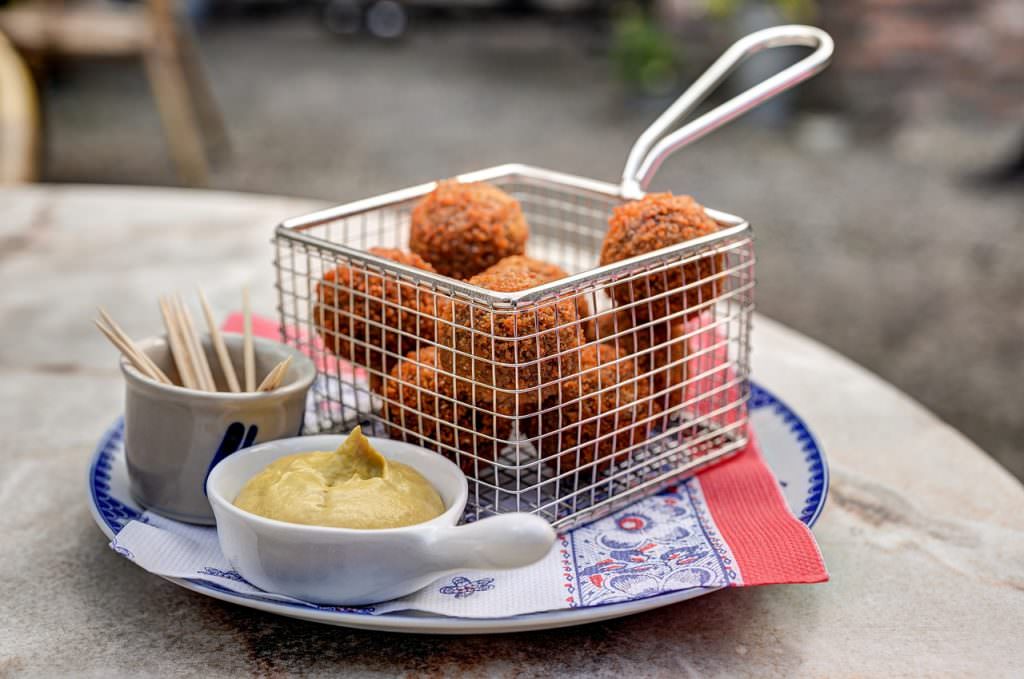 3. Kibbeling – The Dutch bite-size fish & chips! Kibbeling is a battered fried white fish, traditionally cod or whiting from the North Sea— Kibbeling is cut into chunks before cooking making it easier to snack on and is served with a helping of dipping sauces, usually a mayonnaise-based remoulade (similar to tartar sauce) or a garlic sauce. It’s a tasty alternative to haring (Dutch herring) which has an acquired taste, add a little salt to your kibbeling, dip away in one of the famous sauces and snack away! 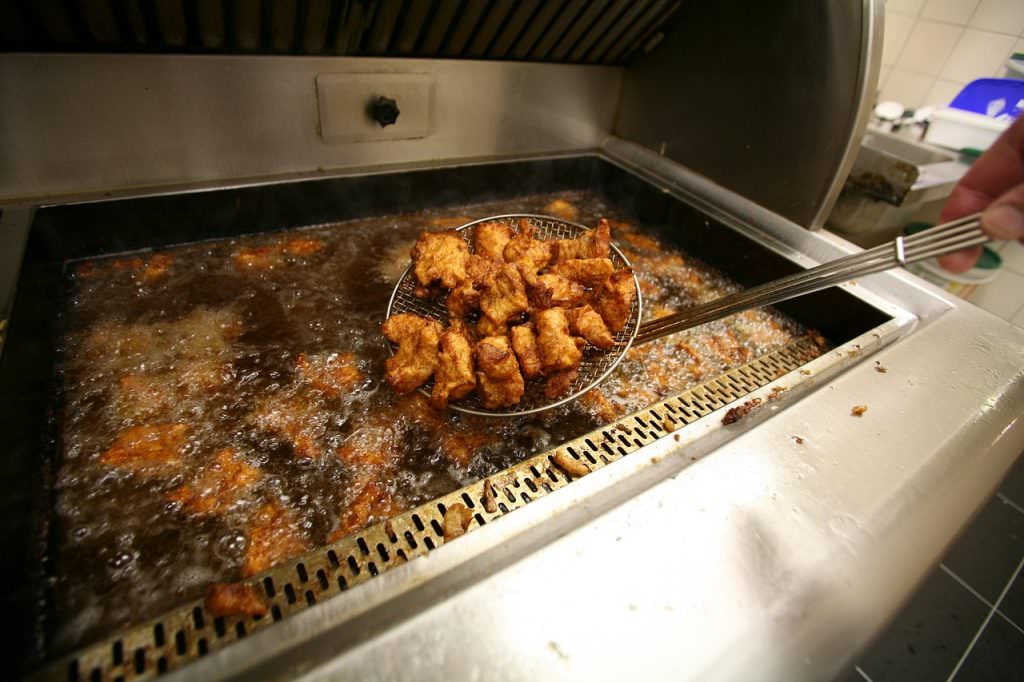 4. Hollandse nieuwe haring – Haring the Dutch for herring (fish) is a popular unusual national delicacy. The Dutch herring is served with chopped raw onions and sliced gherkins on a bun or as is. The Dutch way of eating this dish is, you grab the herring by the tail, dip it in the raw onions, throw your head back and down it goes! Hollandse Nieuwe is the name for herring that is caught throughout the year. In winter it’s small in size and in spring there is more plankton so the herring are larger in size –  Though the best time to catch herring is said to be between May and July. Herring is very popular during festivities in the Netherlands, one of the most popular celebrations is Vlaggetjesdag or ‘flag day’ in Scheveningen.  The coastal towns and cities are the best place to enjoy herring, it’s super fresh straight from the sea! Try herring in Holland from a small local fish monger or stall on the boulevard for the proper Dutch experience and freshness or on the beach of Scheveningen, Zandvoort or Noordwijk! 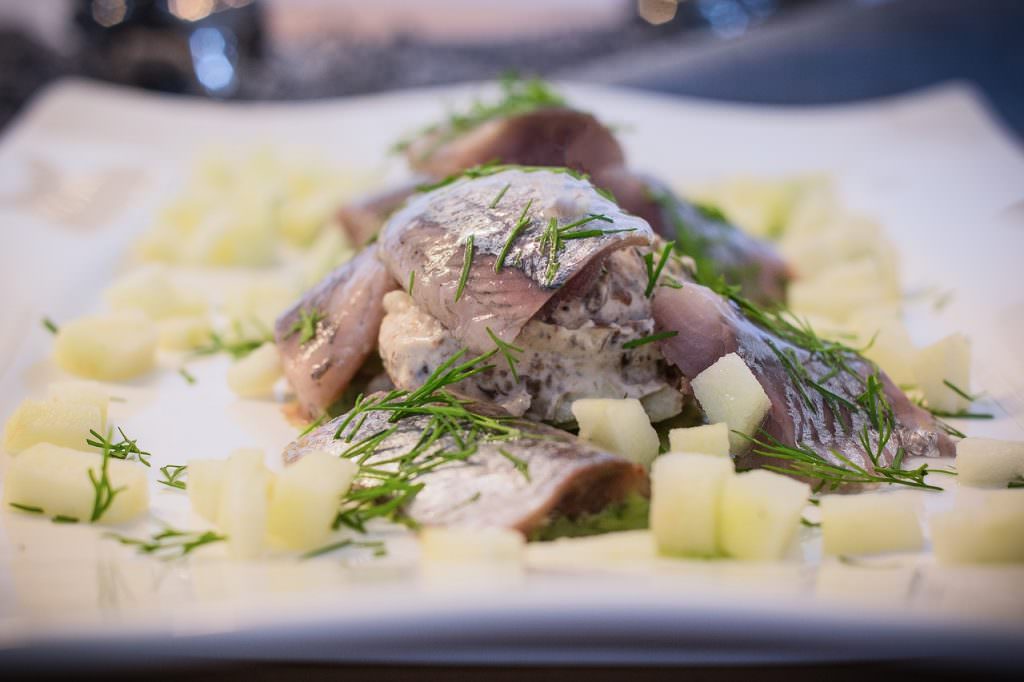 5. Oliebollen – The literal translation for this treat is ‘oil ball’, this traditional Dutch delicacy can be compared to a donut. It is usually enjoyed around New Year’s but you’ll find it all over the Netherlands in the lead up to Christmas making it one of the local’s favourite winter treat. New Year’s and Christmas may have already passed but fear not! There are a good few places that you will be able to find oliebollen. 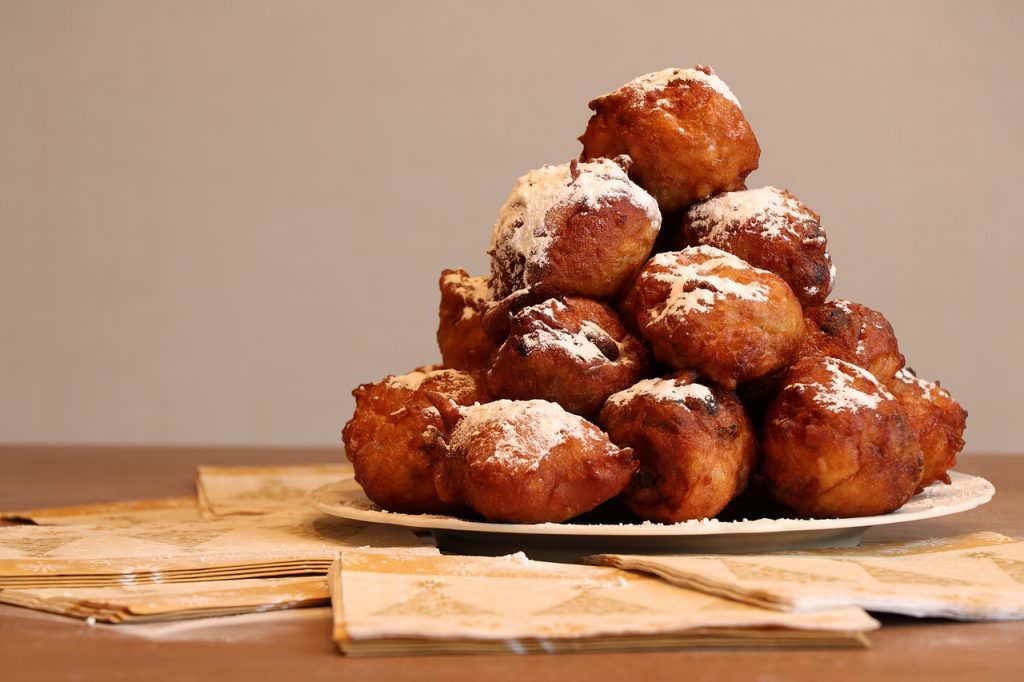 6. Appeltaart Apple pie – Appeltaart or Dutch apple pie is a dessert that is at the heart of Dutch culture, though there are other countries that also claim apple pie as a national dish (including the England, America, Germany and France) the Dutch have their own tasty variation which is all about the pastry. The consistency is almost more cake-like than pie, the apples are sliced thicker (sometimes you’ll find raisins or currents added to the filling) and is stacked high and made sturdy, not runny. In Holland people tend to enjoy a slice of apple pie with koffie (coffee) and often add a helping of met slagroom (whipped cream). Enjoy a slice of pie in all towns and cities in the Netherlands, this dish can be found in so many cafes and restaurants you’ll almost be guaranteed to enjoy a top-notch pie anywhere you walk into. 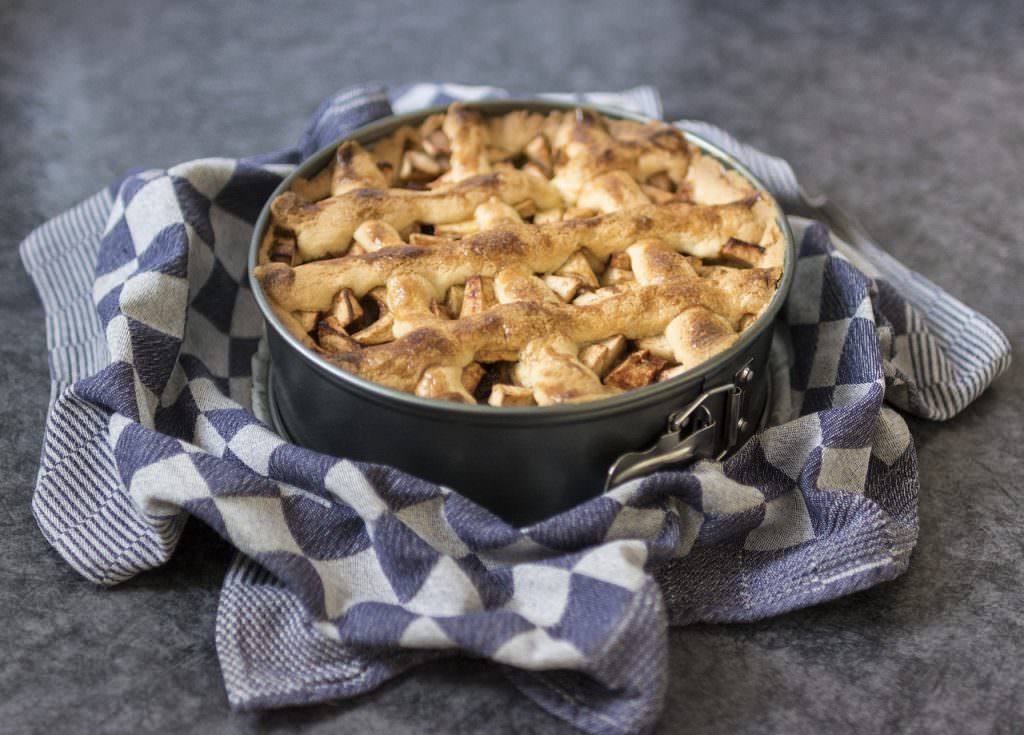 7. Kaas (Cheese) – Discover Dutch cheese varieties! The Netherlands is one of the largest exporters of cheese, famous for its windmills green pastures and Frisian cows, you’ll surely find a cheesy delight to suite your taste buds. Gouda is the Netherlands Iconic cheese known for its wheel shape and is best served with local bread, Dutch beer, Riesling or Chenin Blanc. Another delicious semi-hard cheese to try is the local Edam, it has a fantastic fruity taste and goes great with apples, pears and a pinot gris. There are too many fantastic cheeses to list them all, so our top recommendation would be to visit the Dutch markets to try a couple and really enjoy locally produced fresh cheese. 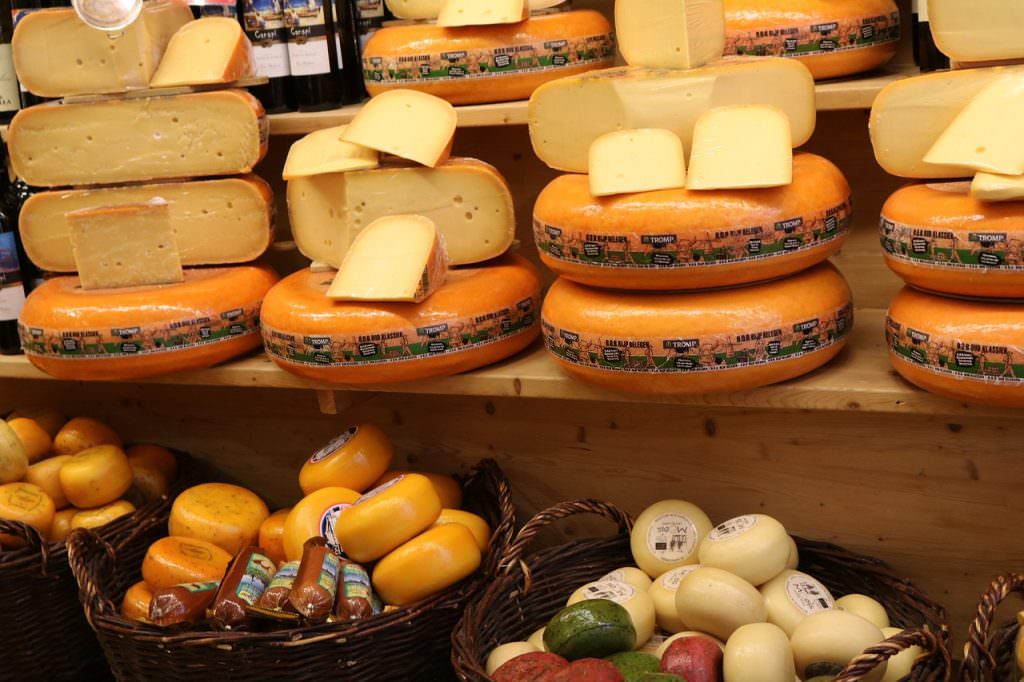 8. Ossenworst – This is another less known Dutch food native to Amsterdam, its name (ossenworst) refers to oxen, originally this sausage was made back in the 17th century, the modern version is the sausage typically beef and spices (from the Dutch East Indies)—salt, pepper, cloves, nutmeg, mace—in beef casing, very lightly smoked so that it’s nearly raw when consumed. Like steak tartare, it’s quite soft and tender on the tongue making the texture unusual but once you get used to the texture you can really appreciate the strong tasty sausage with beer, cheese plates and bread. Though founded in Amsterdam, it is widely available in the Netherlands, you can even find it in most Dutch supermarkets! The best way to enjoy it would be to pop into a restaurant or fresh from the butcher – T.F.M. Louman (Goudsbloemstraat 76) a famed butcher in Jordaan since 1890 is an extremely popular place to get some ossenworst. 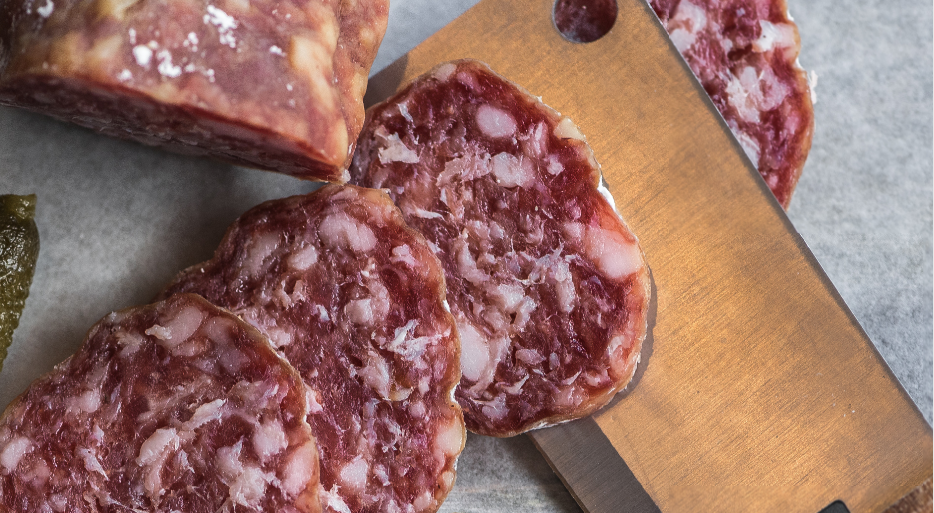 9. Stroopwafels – This sweet treat was first developed in the south of Holland in Gouda (if visiting Gouda fresh stroopwafels is a must-try). The recommended way to enjoy a stroopwafel is with a hot drink like teas or hot chocolate (the Dutch favourite is coffee). Place the stroopwafel on top of the hot drink for a couple minutes so the steam warms the wafel slightly and melts the syrup in the middle of the wafel, then bite into the warm sweet wafel while sipping on your coffee. 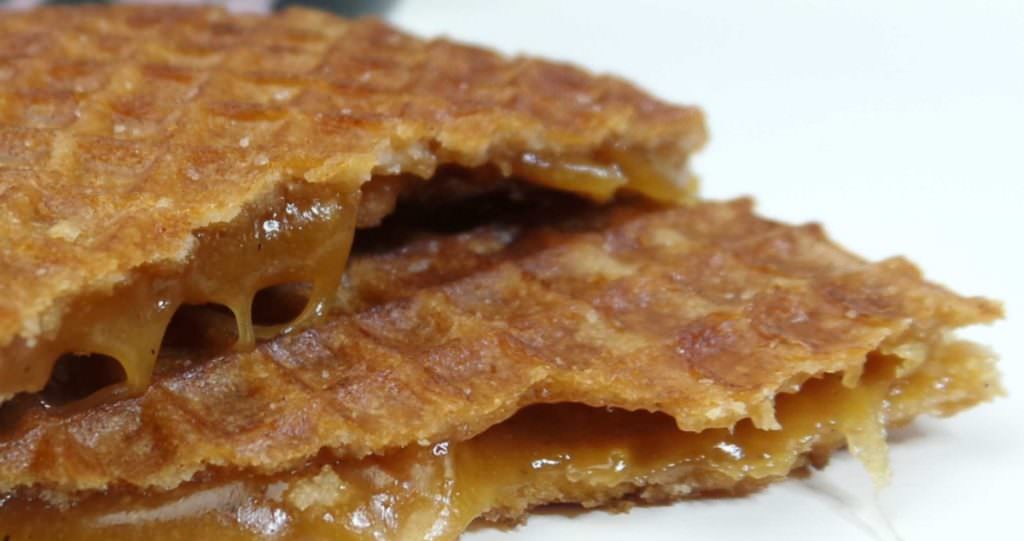 10. Stamppot –Originating in the 1600s, stamppot is one of the oldest Dutch dishes and is still popular today. The traditional Dutch stamppot recipes use mashed potatoes as the base, and then incorporate a vegetable (most often sauerkraut, kale, endive, spinach, and turnip greens) and sometimes a meat, making it the quintessential comfort food dish. As we’re still in the colder seasons, this lesser known dish was a must for our list of Dutch top 10 gastronomy recommendations! The best things about this dish is that there are no real rules about what goes into a stamppot, though the base is a sausage/meat topping with base of mash potatoes and a mix of other vegetables one of the most popular being kale some places in Holland will add a few other veggies for a little something extra. One of the first stamppots was created during the Dutch’s “Eighty Year’s War” with Spain – Apparently, when the Spanish soldiers fled, they left behind bits of a stew that was much needed by the Dutch and thus named “hutspot,” meaning “mix pot”. This mix pot can be compared to the English sausage and mash or even bubble and squeak topped with a sausage. 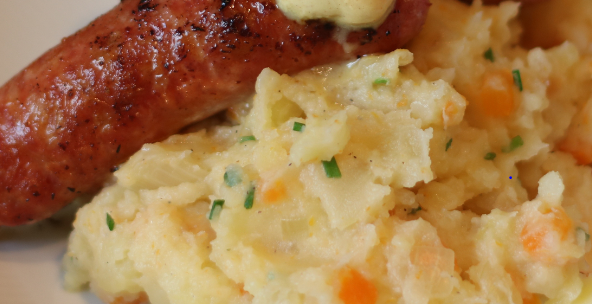 Start your foodie travel experience onboard and wash it all down with a drink by the bar on one of our superferries: