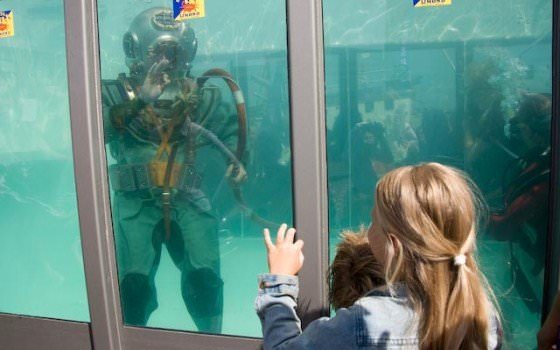 Festivals in Holland this August

One of the most anticipated events of Holland’s classical calendar, Grachenfestival is comprised of over 150 concerts are held across a range of iconic venues throughout Amsterdam. The festival climaxes with the Prinsengracht Concert, held on a pontoon on the audience-lined canal, with hundreds more listening from little boats on the canal.

This music festival (short for ‘A Campingflight to Lowlands Paradise’) takes place over three days in Biddinghuizen, mid-Holland. Featuring a stellar lineup of international acts such as Damon Albarn, Foals, and The Black Keys, the festival also presents cinema, comedy and theatre throughout the weekend.

Old factory premises and peculiar ships form the setting of the Harbour Festival IJmuiden. This free event, featuring world and classical music, fine arts, poetry and film, takes place in the middle of the beautiful and characteristic fishing harbour in IJmuiden near Amsterdam.

Stena Line operates a twice daily return crossing from Harwich to the Hook of Holland, from where you can explore all these great events.