This is a tale of land, wind and water that started from the moment we embarked on the ferry from Harwich in England. From high up on the deck of Stena Britannica, our ferry to Holland, the historic port of Harwich looks like a toy landscape on its promontory amid a huge sea and sky. Tiny warehouses and colourful bathing sheds line the waterfront.

The Wandering Kiwi family were embarking on a tour of the ‘Low Countries’ of Belgium and Holland. This is a pilgrimage we make each year to connect with Mr Wandering Kiwi’s extended family. But this is the first time we have travelled by ferry. Usually we do a flight or rail plus hire car thing, or drive across via the channel tunnel. Needless to say this involves a lot of driving; a lot of time in the car. 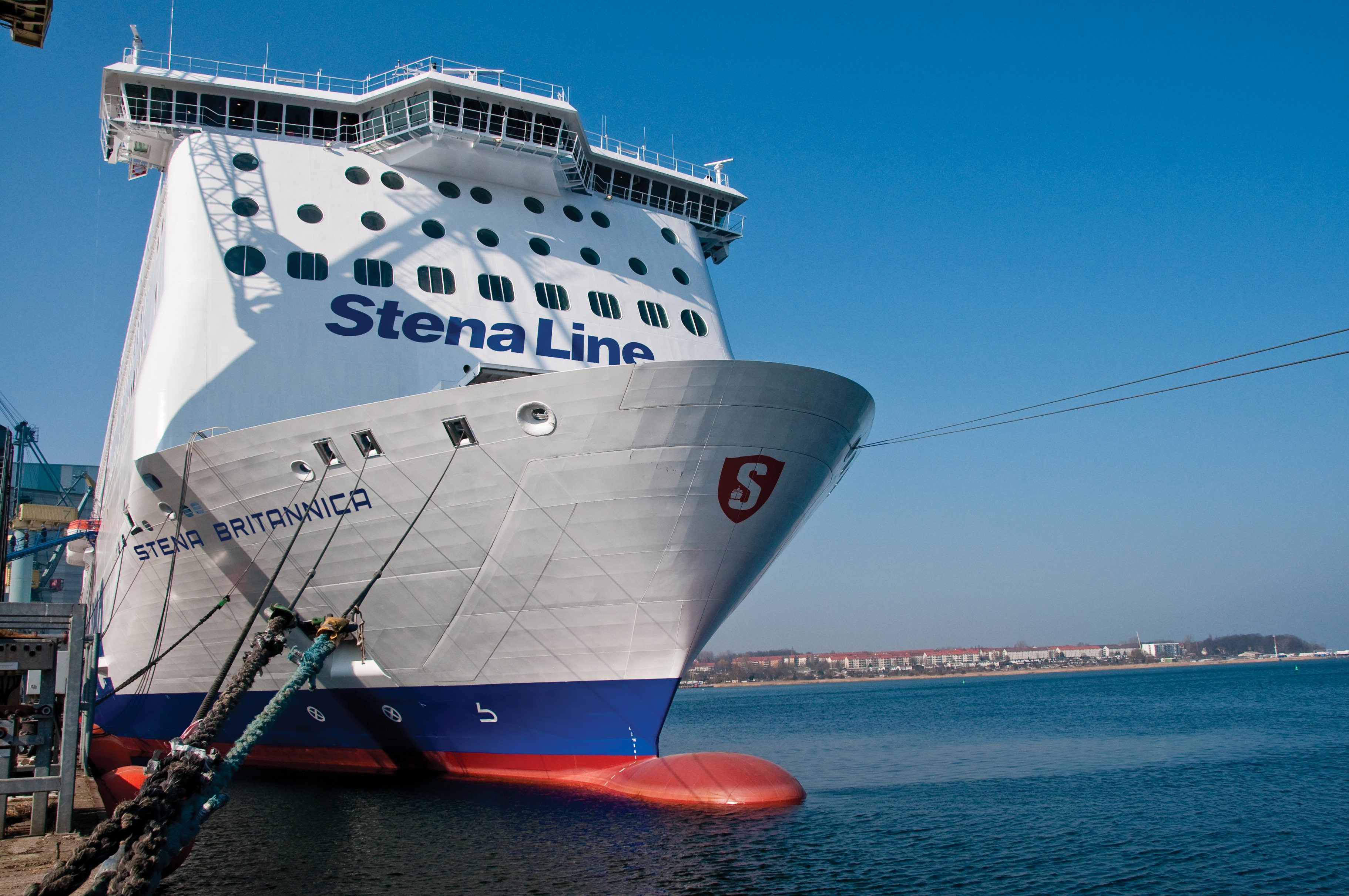 This year we took our car on the Stena Line ferry from Harwich, relaxing on board the comfortable ship before being deposited right in the heart of the Netherlands, a bare few hours from Amsterdam itself. Wandering Kiwi Jr quickly kicked off her shoes and settled in to the luxurious cabin. Until it was time for the magician’s show in the kids’ room – the ‘Amazing Billini’ had the crowd eating out of his hand. Snoozing, reading, watching TV; the time quickly passed and soon we were on the road in the Netherlands.

The UNESCO World Heritage Site of Kinderdijk is only about 50 kilometres from the Hook of Holland so it was an unmissable stop on our road trip. The 19 windmills striding across the landscape of reeds and polders instantly called to mind the scenes recreated by Dutch landscape painters of previous centuries.

Next it was onward to the glorious city of Amsterdam, where in addition to the stereotypical cycling tour I joined a food tasting tour of the quirkily beautiful Jordaan district. I had to make myself try the herrings, which were surprisingly delicious, but I couldn’t get enough of the savoury bitte bollen snacks – perfect with a locally brewed beer! Part of the tour included a cruise down the canals on an historic (but electric) boat and of course a sugar-dusted dish of my perennial Dutch favourite: poffertjes! 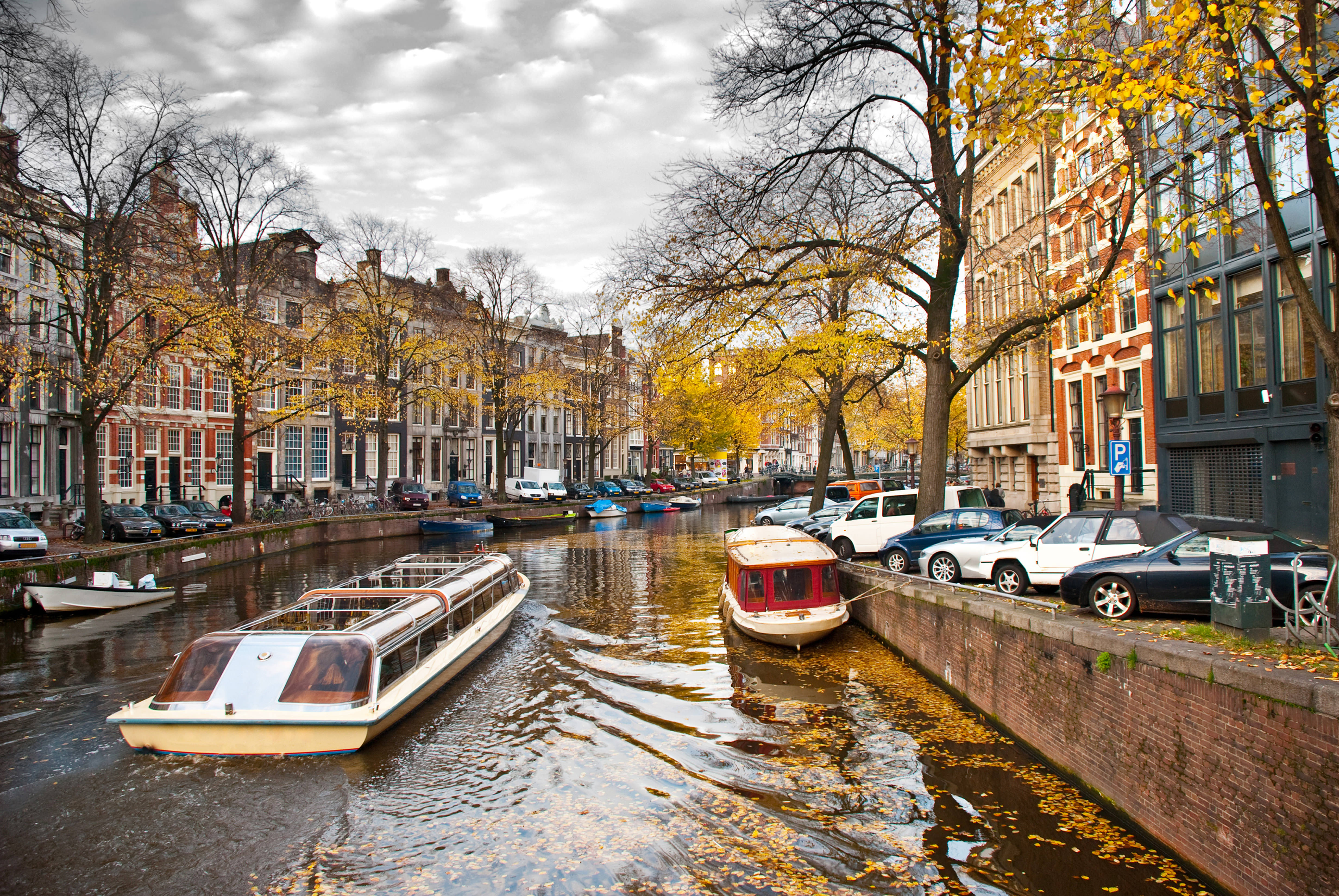 After four days in Amsterdam it was time for a return journey to Koenigshoeven. Where? Oh, just a tiny little monastery in the countryside near Tilburg. I guarantee you won’t have heard of it, unless perhaps you are a true aficionado of Trappiste beer.

The previous winter we stopped for lunch at the Abbey d’Konigshoeven, the only Trappiste brewery in the Netherlands because we were keen to add it to our collection of Trappiste monasteries visited (there are only eight in Europe and one in the United States). I had been salivating at the thought of eating and drinking at the cosy Konigshoeven restaurant again ever since last year and the delicious food and beer tasting selection were just as good the second time around. 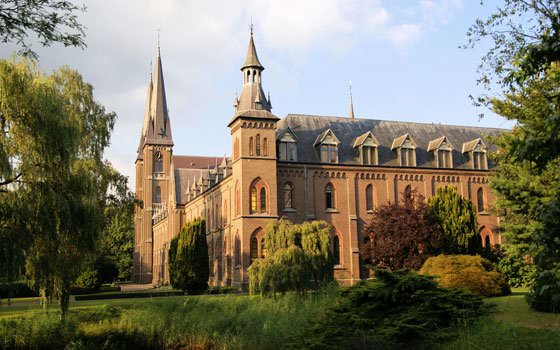 This year we were sure to time our visit so that we could attend one of the fascinating tours of the abbey brewery itself. A group of Benedictine Trappiste monks have been brewing beer here since the 1890s, living their lives according to ancient rules that revolve around work, prayer and silence. You can taste all three in their La Trappe beer.

We always enjoy the winter festival in and around the Grand Place that makes Brussels one of the best places to enjoy some Christmas atmosphere in Europe. We always enjoy the excellent food and beverages on offer in Belgium (this time at a fabulous Moroccan restaurant in Uccle called Ce Soir du Maroc). We also always try to do something new and different.

I have been a fan of the adventures of Tintin since childhood – surely it has inspired me to travel to exotic so far from home! But I didn’t know very much about the creator of Tintin – Herge. I heard about the Musee Herge in Belgium through a Twitter friend and immediately put it on our Low Countries road trip itinerary.

The museum is only about an hour’s drive from Brussels and it is a revelation. Only opened five years ago, it celebrates the life of Belgium’s most creative, ground-breaking and prolific comic artist.

Our final stop before heading back to the Hook of Holland was Waterloo, also very near Brussels. I always hear the ABBA song in my head when I think of Waterloo but the Belgian town is of course actually the place where one of history’s most famous battles took place. In 2015 they will be celebrating the 200th anniversary of the Battle of Waterloo and it is really quite a big deal so I wanted to see what preparations were being made.

The visitor centre is in the process of being moved underground (a bit like the road at Stonehenge) but it is all still functioning. There are a couple of excellent films to watch about the battle and climbing the Butte du Lion is marvellous. In summer you can do tours of the battlefields but at Christmas it was all covered with snow! 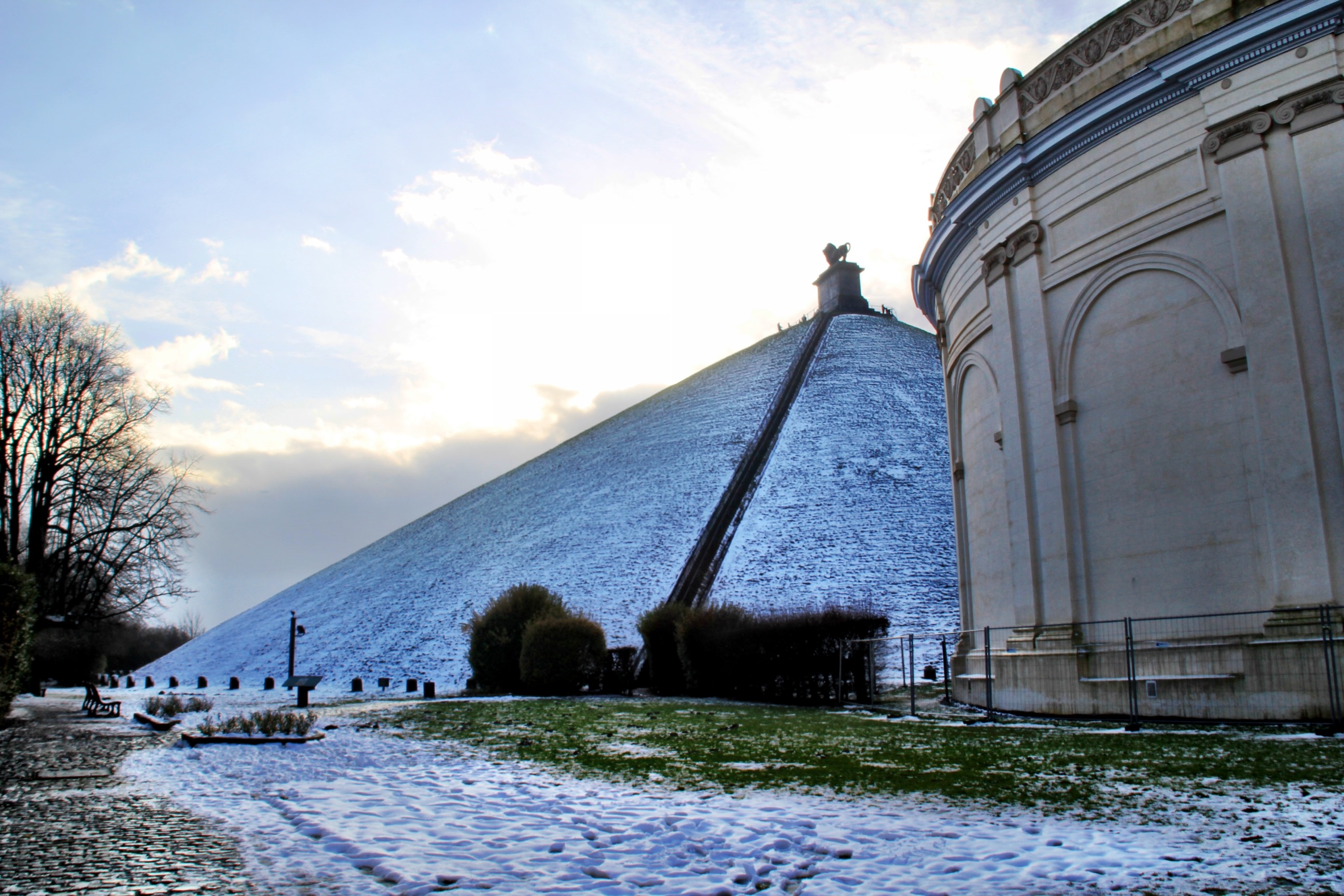 Amazing food, beautiful scenery, art, history; there’s no doubt I’ll be back for more in the Low Countries.

Stena Line offers twice-daily, seven hour return crossings between Harwich and the Hook of Holland. Fares start from £59 one way for an adult and car.www.stenaline.co.uk/ferry-to-holland. Additional adults cost start from £14.50 and children (between four and 15 years old) from £7.25 one way. Foot passenger prices start from £36.50 per adult and £18.25 for children. Infants (under four years old) travel free of charge. Cabins start from £15 per person each way. Alternatively Stena Line’s Dutchflyer rail-and-sail service allows customers to take any Greater Anglia service to Harwich, and then on to any Dutch city of their choice (www.dutchflyer.co.uk).