Three (and a half) things to do in Delft 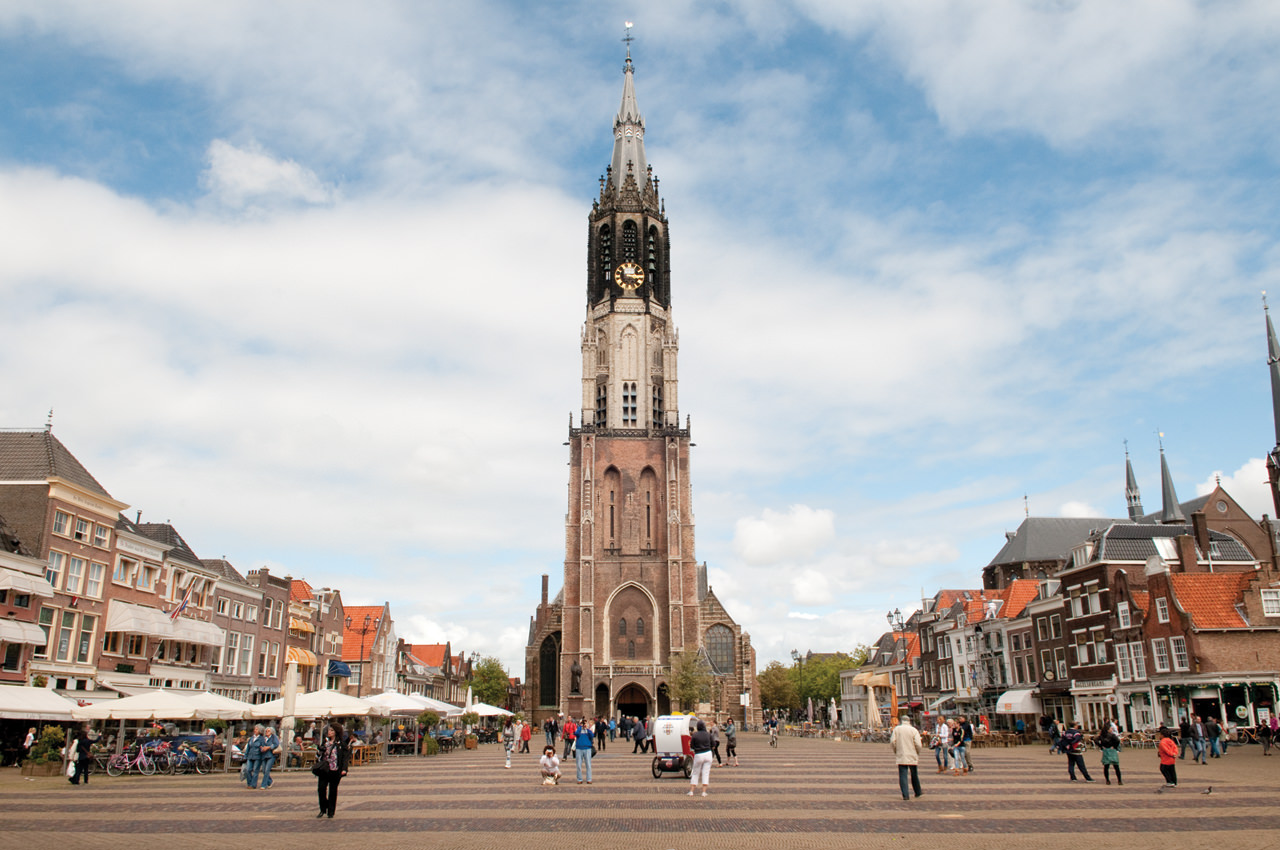 The picturesque town of Delft, birthplace of both the iconic Delft Blue artisans’ guild and its most eminent painter, Johannes Vermeer, is less than an hour’s train journey from Amsterdam. Cobbled streets line lily-draped waterways – this town makes for an ideal day trip from the capital. Here are three (and a half) things to get up to in that short space of time:

Like so many older European towns, Delft has at its centre a main square, which is lined with restaurants selling profitjes (traditional small pancakes). Cafe Het Wapen van Delft (Markt 34) manages to fight off the fierce competition by selling the strawberry-and-cream combination requested personally by Bill and Hillary Clinton in 1997 (with photographic evidence to prove it).

This Gothic Protestant church is located in the north-west corner of Markt, at the opposite end to its Neue Kerk counterpart. Its ‘sagging’ tower is nonetheless imposing, and it is well worth going inside to admire its beautiful stained-glass windows, replaced after the originals shattered in the ‘Delft Thunderclap’ of 1654. http://oudeennieuwekerkdelft.nl/

An unremarkable menu is made up for by a remarkable old building; Café Belvédère is located in the prime drinking and socialising area of Delft, the Beestenmarkt. It has a great atmosphere, serves Belgian beer at reasonable prices, and often hosts live bands.

A distinctive feature of the main square is the star at its centre, inlaid in brick, which points to the various areas of the town. This is representative of Delft as a great starting point for any leisurely bike ride, as the city centres of The Hague, Schiedam and Rotterdam are all fewer than twenty kilometres from Delft.

Take the ferry to Holland with Stena Line.