It’s time to start planning your trips away to exciting new destinations, yeehaaaw! How about doing something a little different this year? Why not take one of our Superferries to Holland and drive cross country to Northern Germany for a most excellent road trip adventure? Our first destination is Schwerin, a Northern German city, about 7 hours east of the Hook of Holland. It’s a great place to start a tour of the Mecklenburg-Vorpommern Lake District area.

Known as the German Lake district, the Mecklenburg-Vorpommern region has the largest concentration of lakes and canals in Germany. There are hundreds of small and big lakes so maybe you can find your own very special secluded lake that you can call your own. Not surprisingly with so many great lakes and canals to visit, the region is very popular with locals and Germans who travel here to canoe and sail. Be careful not to coincide with a German holiday weekend because it will be difficult to find accommodation and some areas will be particularly busy.  Now here is an interesting fact for you, Mecklenburg-Vorpommern is so beautiful that Stena Line decided to name one of their ships after the region! 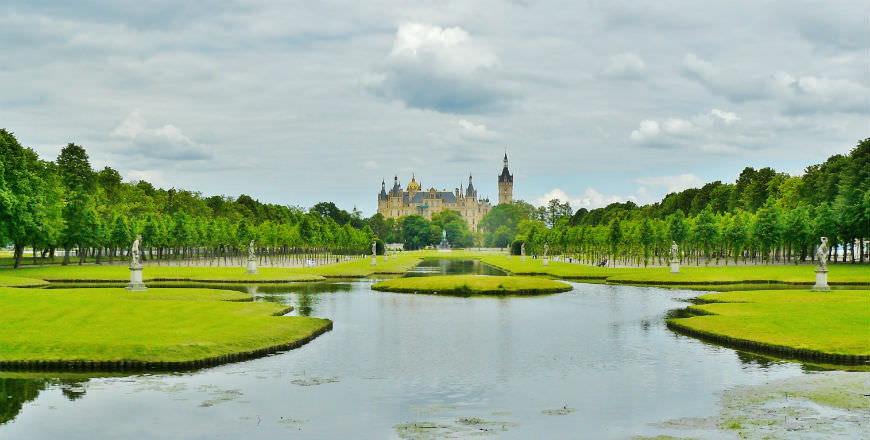 Located roughly 100 kms east of the city of Hamburg lies the beautiful city of Schwerin, surrounded by numerous lakes. One of the main attractions in the city is Schwerin Palace which, located on an tiny island in the lake with the same name, Schweriner. For centuries, the palace was the residence of the Dukes of Mecklenburg who ruled the region but today it is the seat of the state parliament known in German as Landtag. 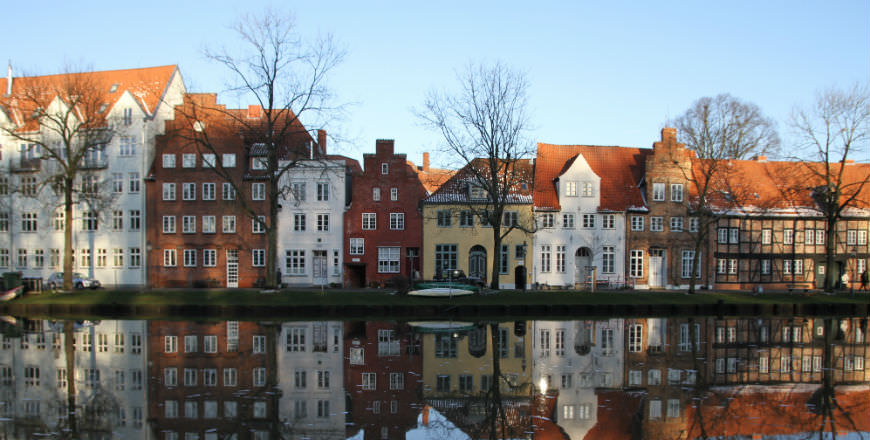 Lübeck, founded in the 12th century, is the second largest city in Schlesweig-Holstein region in Northern Germany. It is the former capital and Queen City of the Hanseatic League, a 14th to 17th-century trade group. Until the 16th century it prospered as a major trading centre for the whole of northern Europe. Lübeck has been made most famous by being awarded UNESCO World Heritage Site status in 1987 because of its extensive collection of intact and beautifully preserved Brick Gothic architecture. Located close to the Baltic sea and just an hour away from Hamburg, it is indeed a perfect location for a relaxing beach holiday but has the added bonus of having a big city nearby. 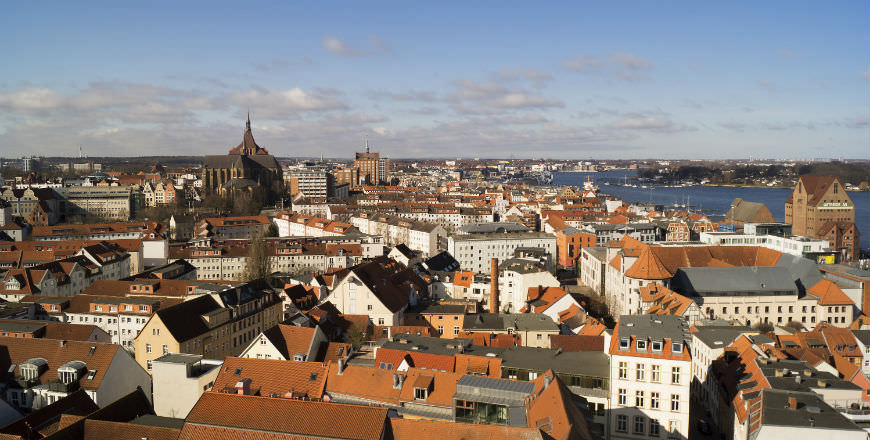 Rostock | Hanseatic City of the North

Rostock is the largest city in the Mecklenburg-Vorpommern region and home to one of our ferry route to Trelleborg in Sweden. Rostock, like its close neighbour Lübeck, was also home to the Hanseatic League this allowed the city to prosper between the 14th and 17th centuries. Built along the River Warnow, it stretches almost 20kms to the shores of the Baltic Sea. Rostock is famous for its university, one of the oldest in the world being founded in 1419. St. Mary’s Church, found in the old part of the Hanseatic city, is a fine example of Gothic architecture and features a well preserved 15th-century astronomical clock. Close by you can visit Neuer Market, located in the main square and Rathaus, meaning town hall, designed using mixture of Gothic and Baroque style architecture.