This week our guest post comes from travel blogger Frankie Thompson from As The Bird Flies. She can also be found writing about her travel experiences at Travelettes.

“A ferry down memory lane” 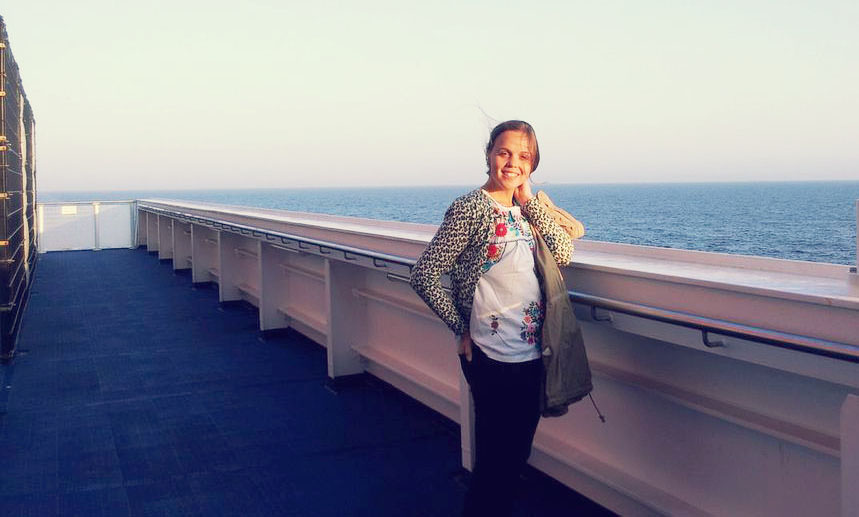 For many years, when I was a child, I was blissfully unaware that I suffered from chronic, debilitating, embarrassingly pathetic seasickness.

One of the reasons for my ignorance was that I had been going on boats throughout my childhood – specifically ferries to France – without any major hint of nausea. And anyone who’s’ been on a ferry will know that unless you are very unlucky, cross-Channel ferries are mostly very smooth and seasickness is a rare thing.

I was less than a year old when I first arrived on French soil by ferry and thereafter followed almost consecutive years of camping holidays in Europe, all of which began with overnight ferry crossings from England. Unfortunately it was one of these later crossings, which revealed my terrible secret. I got seasick, really seasick. It was a struggle for my parents to get me back on the ferry the following year. But thanks to a gentle crossing and the new Power Rangers movie being shown in the onboard cinema, all those horrid memories were quickly forgotten. If I really think about it, it’s fair to say my memories of overnight ferries are a little rose-tinted with nostalgia; the ferry was part of our holiday, it was an adventure of its own.

Then I grew up. And I chose to travel more by plane than any other means.

So what’s the reason I’ve not climbed aboard a ferry in adulthood? Fear of my seasickness returning with a vengeance? No, probably not. It’s most likely due to budget airlines and wanderlust taking me further afield to places where ferries don’t necessarily go.

This year my boyfriend and I decided to commit more time, money and effort to overland travel and so when we made plans to go to Rotterdam for the North Sea Jazz Festival we looked at our options and getting the ferry with Stena Line to the Hook of Holland suddenly seemed a good one, if just for nostalgia’s sake.

And how did my journey compare to those ferries of my childhood? Well, sadly the Power Rangers film wasn’t on offer – the latest Star Trek film was being shown – but as soon as we boarded the Stena Hollandica I knew our experience was going to be different – we were foot passengers for one thing – but would it still be a special part of the holiday?

Here’s how it was different. For a start, I didn’t have to share a bunk bed with one of my younger brothers. Instead, we enjoyed the luxury of a Comfort Class cabin. Spacious, elegant and cosy, all at the same time, we were tempted to change in to our pyjamas and just stay in our cabin and watch Kennel Cam for the rest of the sailing. But we didn’t; we had a three-course meal waiting for us – something very different from my childhood ferry crossing memories! Not that I can blame my parents for not being brave enough to take three children into a sit down restaurant – that would have been very messy. But for my boyfriend and I, it was a lovely way to relax into our journey.

And the differences continued. From his sirloin steak and my catch of the day to the Chardonnay we sipped; from the hot shower that gently woke us up to us taking a little time to see the sky’s colours change as the sun rose over the North Sea at five o’clock in the morning; from the latte and bacon sandwich I had for breakfast to the ease with which we strolled off the boat and onto a train platform just outside the arrivals terminal. Our journey was easy, relaxing and an experience of its own.

Of course, most of these differences are related to the lack of children plus the fact that my mealtime tastes and messy habits have changed considerably in adulthood, thank goodness. But there was one thing that wasn’t different. One thing that hadn’t changed. Our Stena Line crossing felt like part of our holiday. It still felt like an adventure, a thankfully smooth, incredibly comfortable and seasick-free adventure. 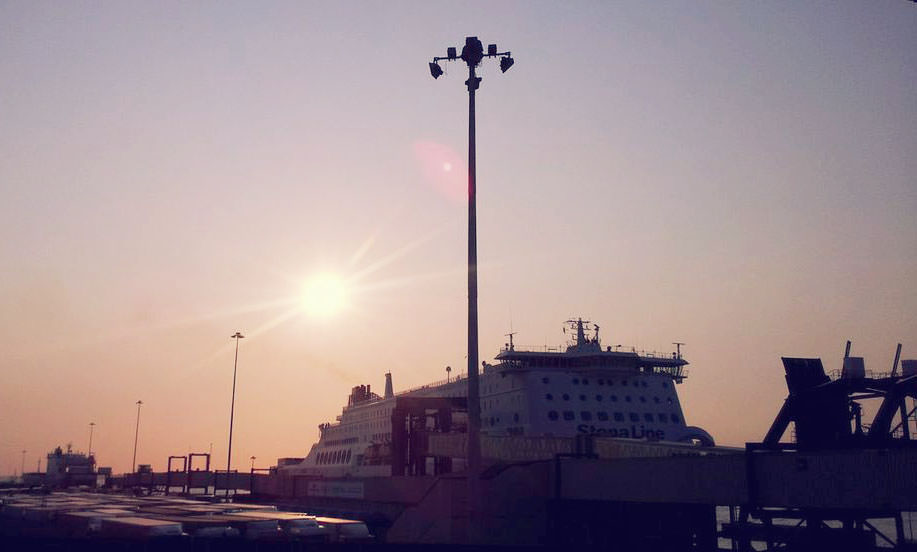