Mercy Ships, a charity Stena Line are in partnership with, owns and operates the world’s largest civilian hospital ship. They provide dental care and qualified medical care to people who need it the most all over the world. The operation is coordinated by volunteers and today, we are launching our very own volunteer program in conjunction with Mercy Ships. Matthew Heyman, one of our employees, has worked as a volunteer onboard the Africa Mercy, this is his story. 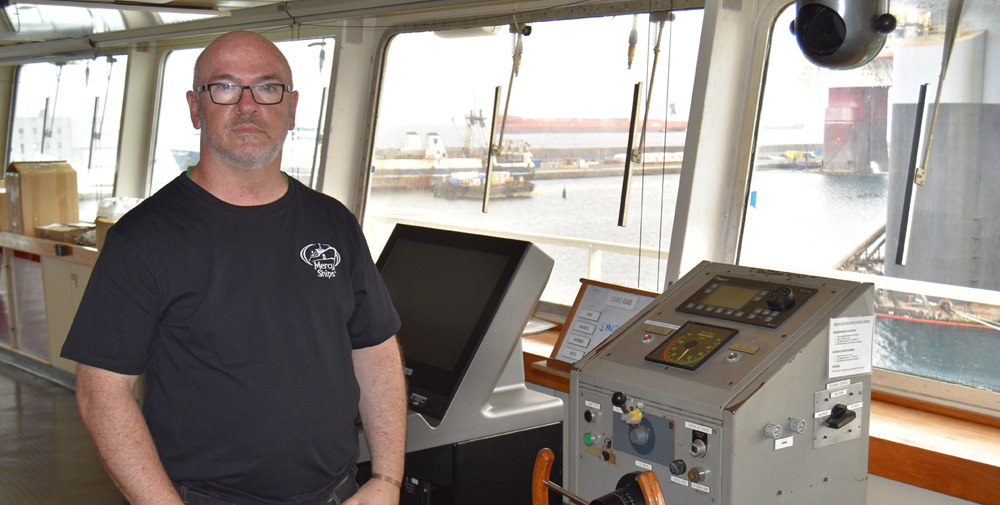 Each year, over 1 000 volunteers from over 40 countries of different occupations, genders and ages, join the team onboard the floating hospital ship, Africa Mercy. Working alongside the skilled medical staff giving life-changing care, there are seafarers, chaplains, teachers, accountants, chefs, engineers and electricians, all putting in the time to ensure that the vessel is fully operational. Additionally, there is a team of volunteers who bring life experience and enthusiasm to help with other important duties onboard. Matthew Heyman, who usually works with crewing and training for the Stena Line owned shipping management company, Northern Marine Group, joined the team. 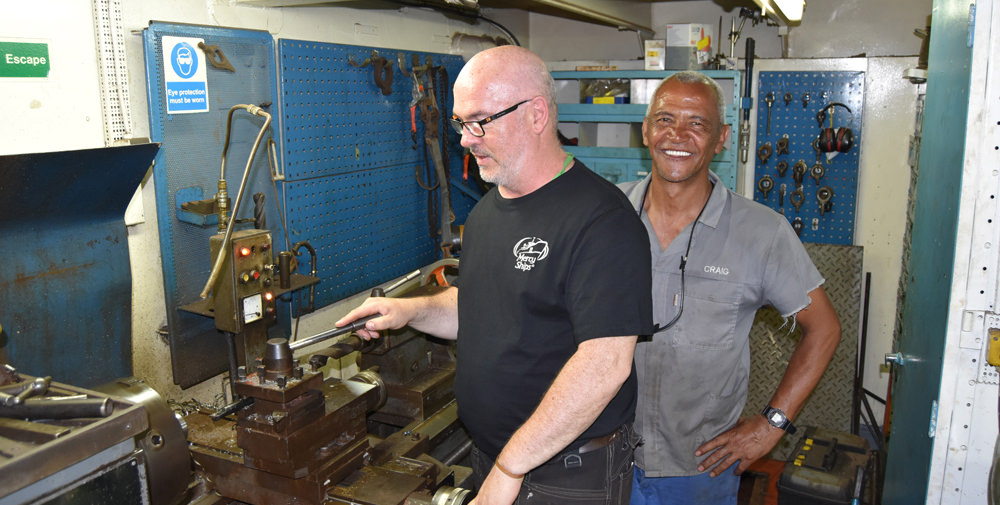 “I have spent a month on board in total and I must say there is a fantastic and positive attitude among the volunteers. Everyone is there for a cause, and it is really reflected in the way people behave. I can really recommend applying for a position at Mercy Ships”, he says.

In 2016, Matthew decided that he would volunteer to assist with a two week ship refit in Durban, South Africa. In July of this year, he returned for another two weeks stint when Africa Mercy went into dry dock in Las Palmas de Gran Canaria. He has no specific skills in a trade like electrical work or carpentry, however Matthew, with his working background in crewing and training joined the project department.

“We take care of special projects that they have not been able to take care of during normal operations, as well as doing some extra cleaning and painting. One good example this year is when we did a 70 meter cable pull, running and securing a power cable from the emergency generator, down five or six decks to the engine control room”, says Matthew.

When Matthew first discovered Mercy Ships, via a note on the social network LinkedIn, the first thing that he thought of was to get involved with the fundraising side.

“It felt relevant for me to get involved because of the close connection to shipping. After 30 years in the business I have both a lot of knowledge and contacts. But I soon realized it is hard to tell the Mercy Ship story without any practical onboard experience. Now I have it and will go on and share my story!”